Complaints against the police as an accountability mechanism

In recent years, many police forces worldwide have undergone partial or comprehensive institutional reform processes. Latin America, however, has encountered difficulties in implementing such reforms. Indeed, police reforms in the sub-continent are scarce and mostly in response to public scandals that have led to institutional crises. This study asks whether the Chilean police institutional reform can be informed by examining a corpus of citizens’ complaints. The Chilean militarized police force, Carabineros, are undergoing a crisis of legitimacy due to organizational corruption and police brutality scandals that came public in the last years. We use novel computational natural language processing techniques to identify latent themes across a large corpus of complaints (N=1,623) against the Carabineros, hosted on an online forum from 2013 to 2020. Our findings show eight latent themes across the corpus. Among others, these themes were related to police effectiveness, police misbehavior occurring before the 2019-2020 Chile social outburst, and a frame of institutional crisis that has significantly grown over the last year. Additionally, differences in the prevalence of topics by complainants’ educational level were also found. Thus, the findings contribute to the enterprise of repairing the relationship between the police and citizens and highlighting opportunities for social accountability. 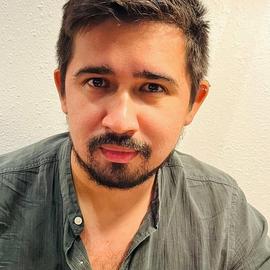